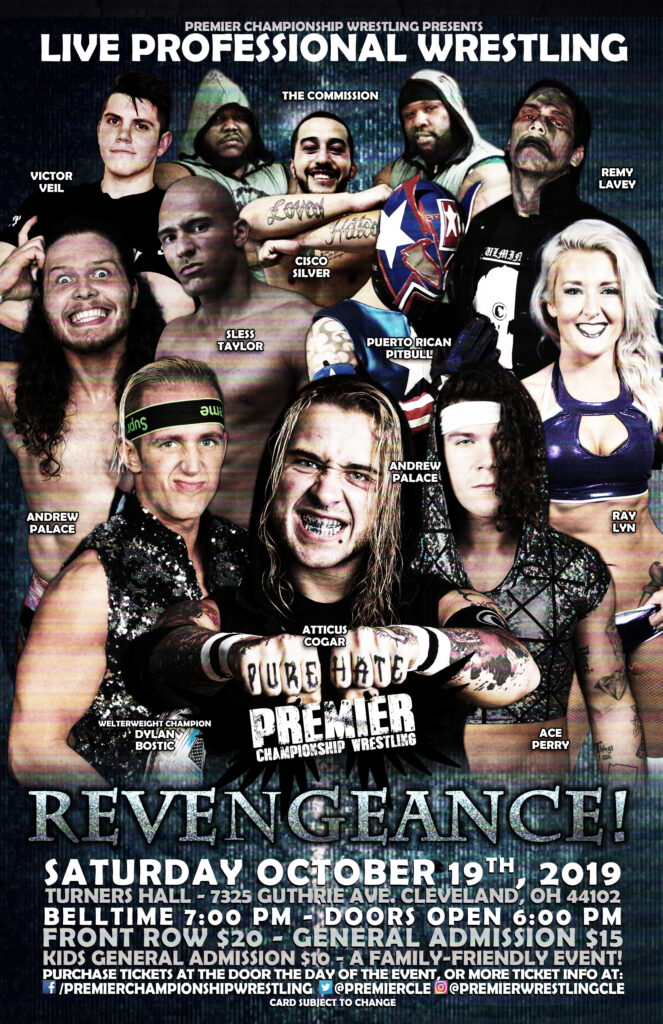 Official results from Premier’s “Revengeance” this past Saturday night –

Andrew Palace beat Ashton Day. After the match, Palace warned Day “If you ever sing that song again, I will shove that microphone stand up your @$$… sideways!”. As Palace exited the ring, Sonny Vice attacked Palace with a chair, claiming that he was still better than Palace and would prove it later tonight.

Welterweight Champion Dylan Bostic beat Ace Perry in a 30:00 Ironman Match by a score of 3-2. After the match, Cisco Silver was named next #1 contender to the title.

The NEW RC Dupree beat Remy LaVey following a distraction relating to a painting “of” Remy that RC had done during the match.

Premier Champion Atticus Cogar beat Sonny Vice. Vice had attempted to use the same chair to steal a victory, but Andrew Palace came out to take the chair from ringside.

Premier returns to historic Turners Hall on Saturday, November 16 with “November Pain”. Tickets will be available starting Monday on Joe-Dombrowski.com!