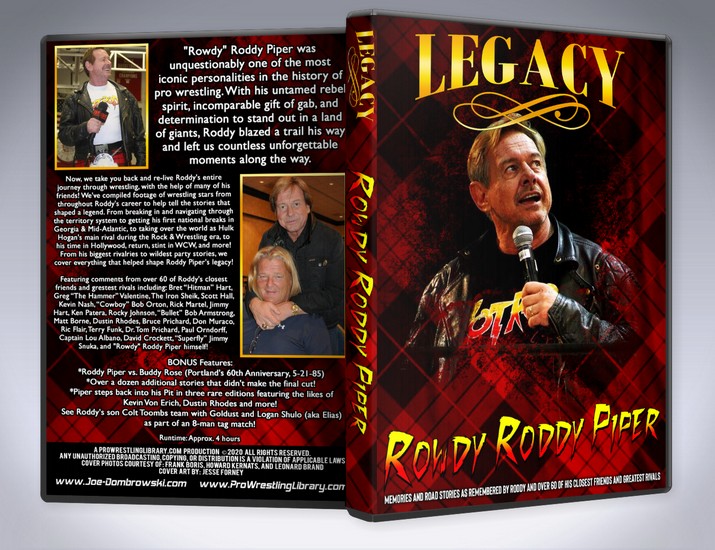 “Rowdy” Roddy Piper was unquestionably one of the most iconic personalities in the history of pro wrestling. With his untamed rebel spirit, incomparable gift of gab, and determination to stand out in a land of giants, Roddy blazed a trail his way and left us countless unforgettable moments along the way.

Now, we take you back and re-live Roddy’s entire journey through wrestling, with the help of many of his friends! We’ve compiled footage of wrestling stars from throughout Roddy’s career to help tell the stories that shaped a legend. From breaking in and navigating through the territory system to getting his first national breaks in Georgia & Mid-Atlantic, to taking over the world as Hulk Hogan’s main rival during the Rock & Wrestling era, to his time in Hollywood, return, stint in WCW, and more! From his biggest rivalries to wildest party stories, we cover everything that helped shape Roddy Piper’s legacy!

*Over a dozen additional stories that didn’t make the final cut!

*Piper steps back into his Pit in three rare editions featuring the likes of Kevin Von Erich, Dustin Rhodes and more!

Order on DVD below or purchase digitally here: ProWrestlingLibrary.com!