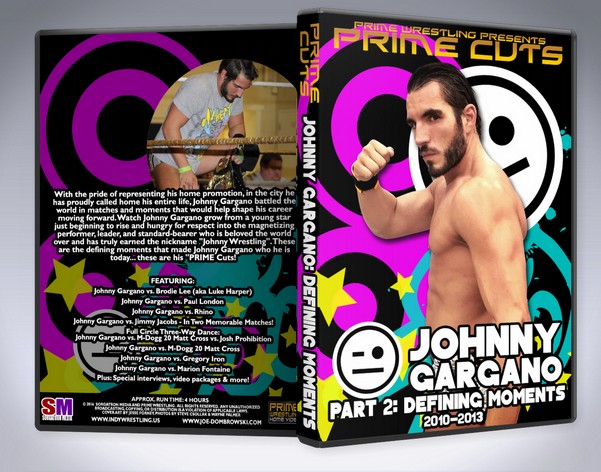 After several explosive and dramatic early battles that were a part of Johnny Gargano’s “Coming of Age” (as profiled in PRIME Cuts: Johnny Gargano Part 1), Johnny now found himself a rising star, a champion, and a target, all while still in his early 20s. With some of the wrestling world’s finest now zeroing in on him, Johnny had no choice but to dig deep and find the heart and desire that would soon become the staples of his battles. With the pride of representing his home promotion, in the city he has proudly called home his entire life, Johnny Gargano battled the world in matches and moments that would help shape his career moving forward. Watch Johnny Gargano grow from a young star just beginning to rise and hungry for respect into the magnetizing performer, leader, and standard-bearer who is beloved the world over and has truly earned the nickname “Johnny Wrestling”. These are the defining moments that made Johnny Gargano who he is today… these are his “PRIME Cuts”.