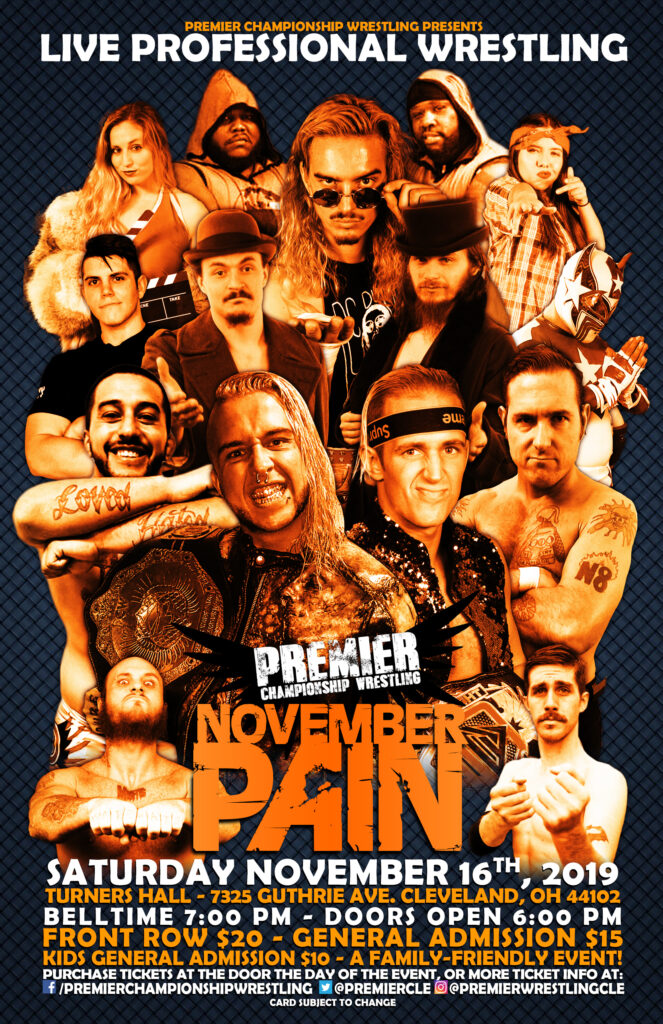 Official results from Premier’s “November Pain” this past Saturday:

Lexx Vegas of The Commission defeated Bryan Convel (with Kalam). After the bout, Lexx stated his goal to have The Commission win the Premier Tag Team Titles in 2020.

Carter Robinson (who purchased Sonny Vice’s spot in this match from Sonny) beat Victor Veil via disqualification in a match with “double or nothing” stakes stemming from the initial $3,000 wager the two made a month ago.

Katie Arquette defeated Valentina Loca. After the bout, Joe Dombrowski announced Katie had qualified to challenge for the Women’s Title next month.

Dylan Bostic came to the ring to demand Dombrowski hand him his Welterweight Title back, making several threats in the process. Bostic insinuated he was a reason behind the abrupt cancellation of last summer’s Welterweight 5 PPV in Indianapolis, and stated he had Dombrowski’s credit card number, bank account number, signature, etc, and if Joe did not comply, things would be done “the hard way”. The two left to meet in Joe’s office, with the officiating staff placed in charge the rest of the night.

Premier Champion Atticus Cogar vs. “AMAZING” N8 MATTSON (w/Bruce Grey) never officially took place. Because of a badly injured hand that required nine stitches, doctors refused to clear Atticus. Atticus was apparently forced to forfeit the match, and championship, to N8, until Otis Cogar came through the crowd, refusing to let his brother’s dream die, and asking to defend the title in his place. Once Atticus & N8 both agreed to the ruling, referee Nate Pierce, in charge for the evening, agreed to allow the substitution. Otis would go on to defeat Mattson to retain the title for Atticus.