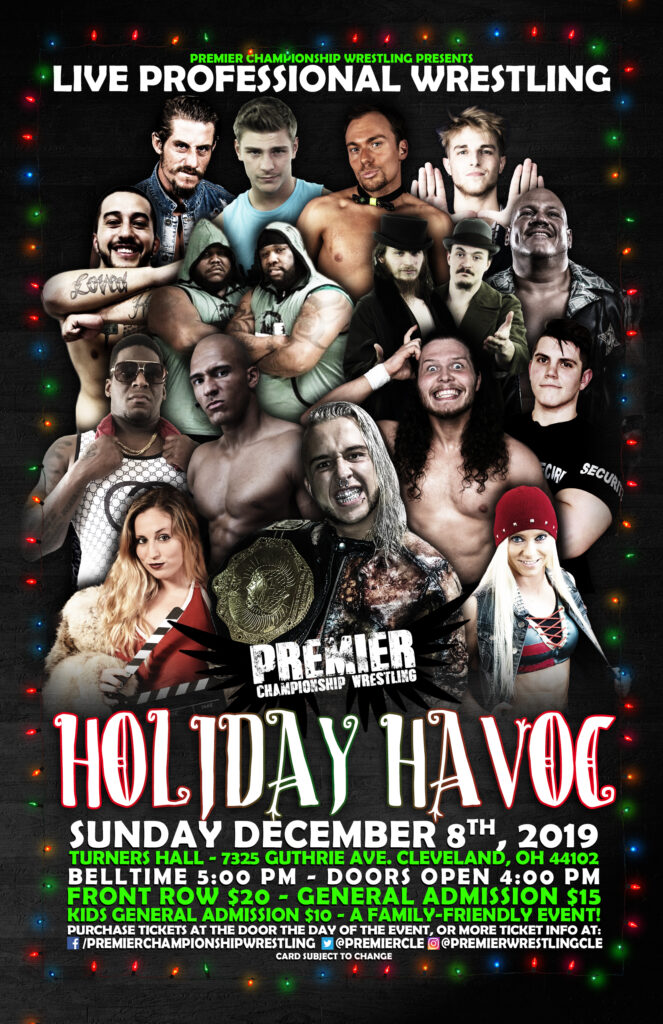 Official results from Premier’s “Holiday Havoc” this past Sunday –

Director of Operations Joseph Dombrowski summoned Otis Cogar to the ring to discuss his involvement in last month’s main event. Dombrowski reminded Otis of the contract for the “Loser Leaves Premier” match that saw Otis forced out of the company in August 2018. The only legal way Otis can reverse the terms of the contract would be to get a signed agreement from both his brother Atticus, but most notably and difficult, also the man who signed the contract for the opposing team – Chris LeRusso.