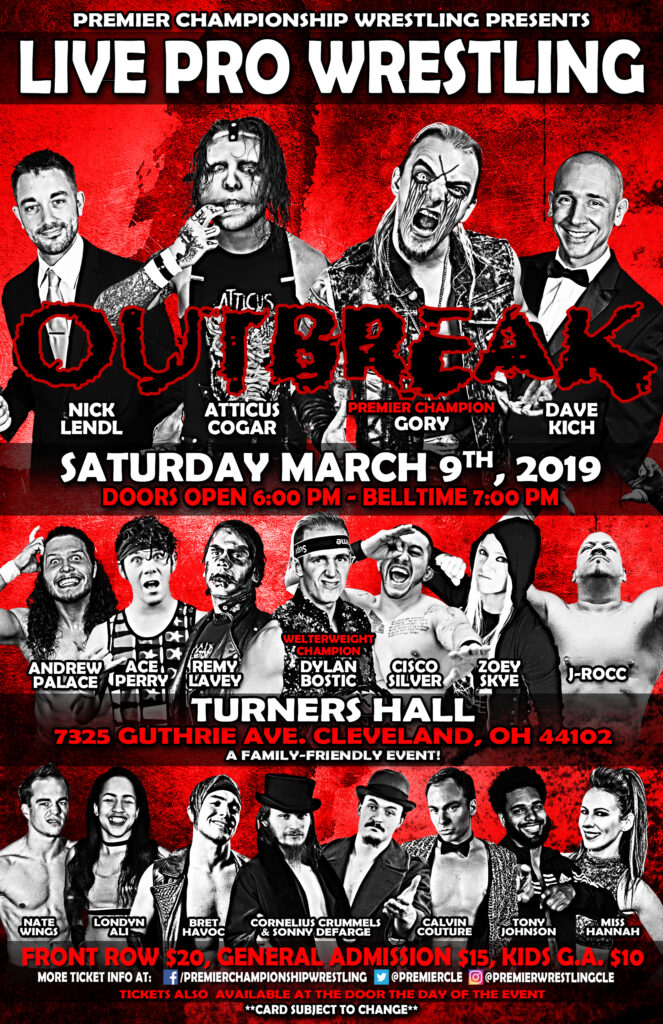 We tried to contain the hostility, but Premier Championship Wrestling stars are poised for an outbreak of aggression and rage as the battle for momentum and glory continues! Join us on Saturday, March 9 from historic Turners Hall in Cleveland, OH! Tickets on sale NOW below –

Nick Lendl beat Dave Kich (J-Rocc and Andrew Palace were scheduled to be handcuffed to ringside, but due to J-Rocc encountering transportation issues, he was not in attendance)

Premier Champion Jason Gory pinned Atticus Cogar. After the match, both Gory & Cogar showed respect to one another, made amends, and along with Remy LaVey, the entire Culmination demanded the re-instatement of all suspended members of Chris LeRusso’s Court, claiming what they will do to them is far worse than any other punishment. Director of Operations Joe Dombrowski granted the request and announced LeRusso’s Court will return to action next month!