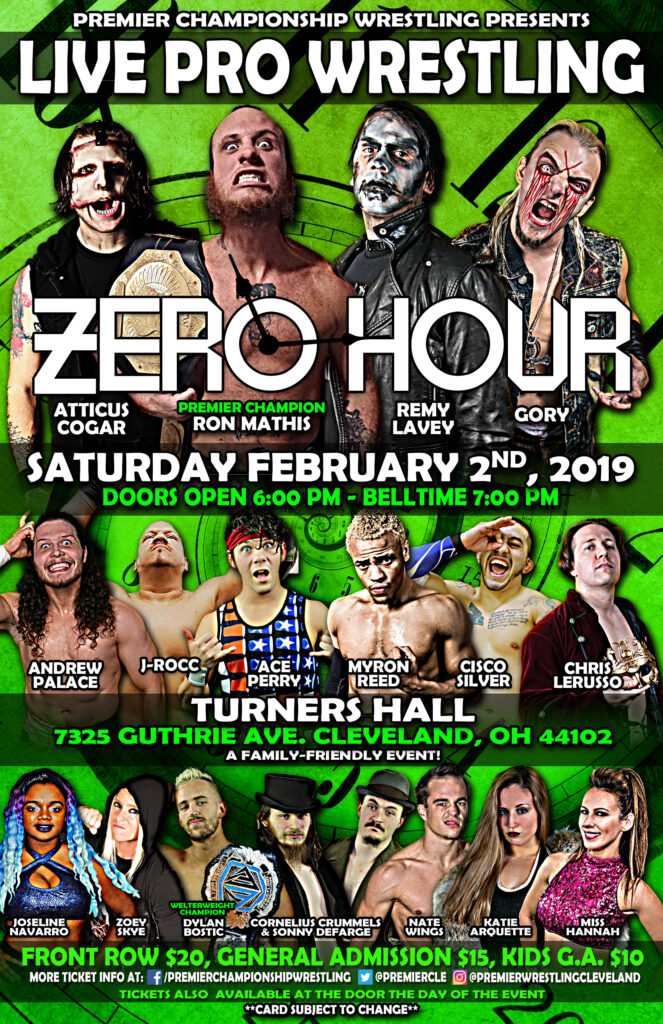 Sonny Defarge & Cornelius Crummles beat Nick Nero & Johnny Patch. Following the match, Nero blamed Patch for the loss, who in turn chose to leave the tutelage of Nero, the second straight Nero partner to do so.

Director of Operations Joe Dombrowski officially confirmed, due to injury to Atticus Cogar, the scheduled Atticus vs. Jason Gory #1 Contender’s Match was canceled. Premier Champion Ron Mathis came out to gloat about the decision, but Dombrowski then added that Gory was now automatically named the new #1 Contender, and would challenge for the title tonight or else Mathis would be stripped of his championship!

Andrew Palace beat J-Rocc. As a result of a pre-match stipulation, Nick Lendl will now face Dave Kich one-on-one at “Outbreak” on March 9! Lendl & Kich were both banned from the building though Kich, after already having been ejected from the building twice earlier, was ultimately handcuffed to the ringpost to subdue him.