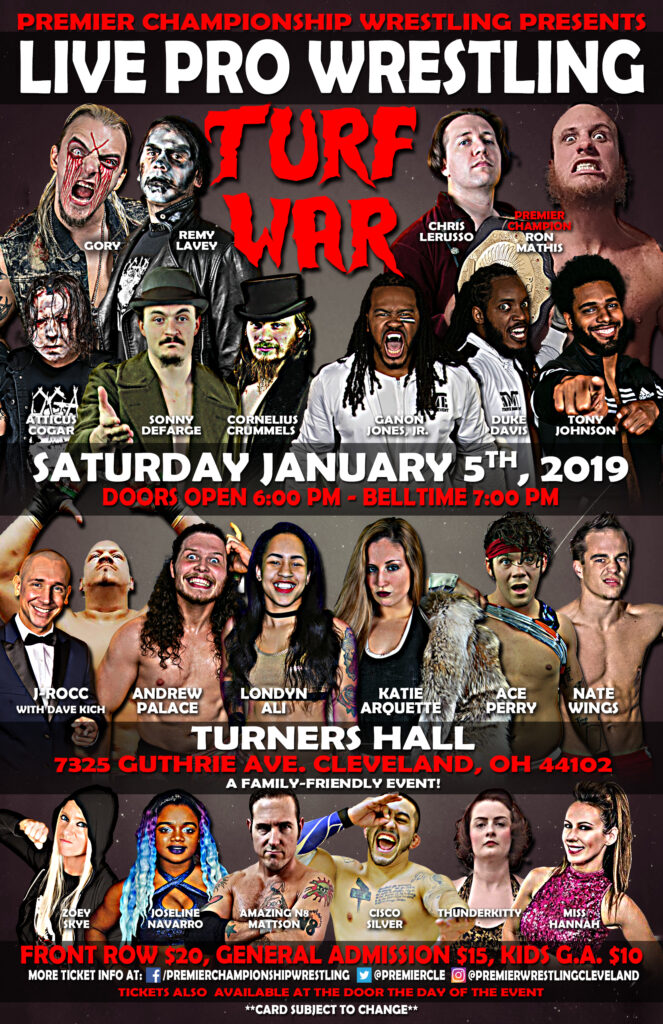 Premier Championship Wrestling kicks off 2019 by hosting a massive faction war with Premier territory at stake!

J-Rocc w/ Dave Kich vs. Andrew Palace w/ Nick Lendl was officially declared a no-contest. J-Rocc was initially declared the winner via count-out (Kich held Palace’s leg to render him unable to get back into the ring), but as a second referee came out to overrule the call and restart the match, J-Rocc struck him, leading to things completely breaking down and the match eventually being thrown out. Director of Operations Joe Dombrowski ordered a return match next month, with both Kich and Lendl banned from ringside, and the same stipulations regarding a future Lendl vs. Kich or Lendl vs Kich & J-Rocc match in tact.

Premier returns to Turners Hall on Saturday, February 2 with “Zero Hour”! Tickets go on sale on Monday at Joe-Dombrowski.com!