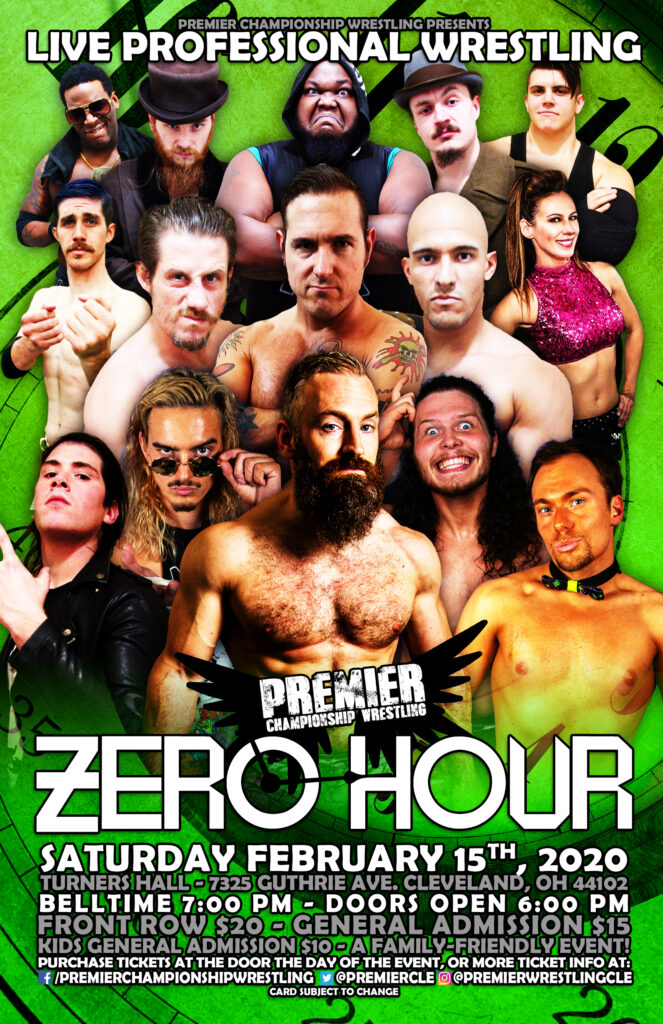 Otis Cogar came out to confront Chris LeRusso but instead was met by Chris’ Power of Attorney Marcus Mann. Marcus and Otis “negotiated” a match for March 15 where Otis will meet LeRusso in a match. If LeRusso wins, Otis returns to Premier but only as LeRusso’s tag team partner. If Otis wins, Otis returns to Premier and it is Chris LeRusso who is banished from the company forever.

Remy LaVey defeated Zander Gabriel (w/ RC Dupree who claimed severe illness/”Culmination voodoo spell” to withdraw from the match) in a Painting On A Pole Match.

Hannah Lightning addressed her history in Cleveland wrestling, in Turners Hall, being the daughter of the late, great JT Lightning, and her issues with J-Rocc. She asked for a match against J-Rocc, but Joseph Dombrowski denied her request, saying it was to “protect her” and she “isn’t ready for J-Rocc”.

Andrew Palace beat Calvin Couture in a “Fashionista Street Fight” where only weapons that were pink, golden, or fashionable were legal.

Carter Robinson came to ringside to show off his new-found items he purchased with Victor Veil’s stolen $3,000 until Veil chased him from the area.

Premier returns to historic Turners Hall on Sunday, March 15 at 5pm for “No Excuses”! Tickets go on sale tomorrow at Joe-Dombrowski.com!