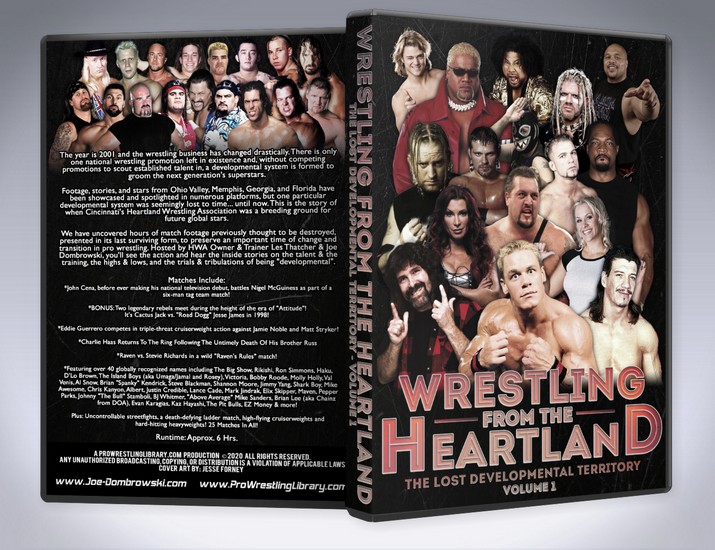 The year is 2001 and the wrestling business has changed drastically. There is only one national wrestling promotion left in existence and, without competing promotions to scout established talent in, a developmental system is formed to groom the next generation’s superstars.

Footage, stories, and stars from Ohio Valley, Memphis, Georgia, and Florida have been showcased and spotlighted in numerous platforms, but one particular developmental system was seemingly lost to time… until now. This is the story of when Cincinnati’s Heartland Wrestling Association was a breeding ground for future global stars.

We have uncovered hours of footage previously thought to be destroyed, presented in its last surviving form, to preserve an important time of change and transition in pro wrestling. Hosted by HWA Owner & Trainer Les Thatcher & Joe Dombrowski, you’ll hear the inside stories on the talent & the training, the highs & lows, and the trials & tribulations of being “developmental”.

*John Cena, before ever making his national television debut, battles Nigel McGuiness as part of a six-man tag team match!

*BONUS: Two legendary rebels meet during the height of the era of “Attitude”! It’s Cactus Jack vs. “Road Dogg” Jesse James in 1998!

*Raven vs. Stevie Richards in a wild “Raven’s Rules” match!

MP4, VOD, and all Digital orders can be done by clicking here: http://www.ProWrestlingLibrary.com