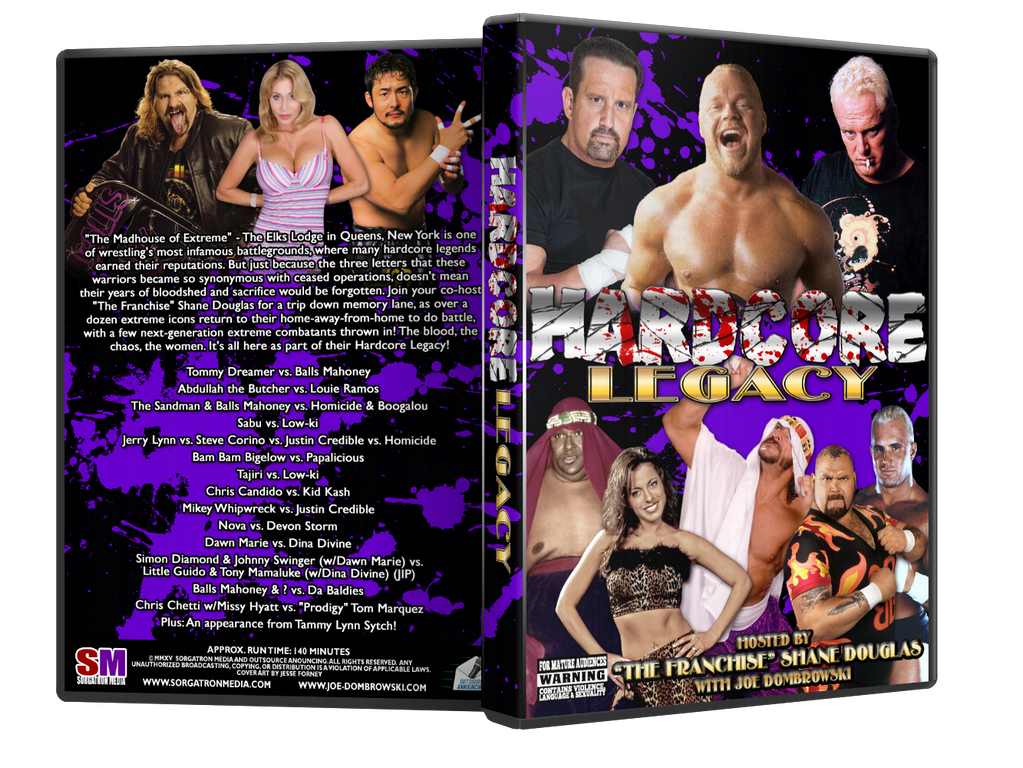 “The Madhouse of Extreme” – The Elks Lodge in Queens, New York is one of wrestling’s most infamous battlegrounds, where many hardcore legends earned their reputations. But just because the three letters that these warriors became so synonymous with ceased operations, doesn’t mean their years of bloodshed and sacrifice would be forgotten. Join your co-host “The Franchise” Shane Douglas for a trip down memory lane, as over a dozen extreme icons return to their home-away-from-home to do battle, with a few next-generation extreme combatants thrown in! The blood, the chaos, the women. It’s all here as part of their Hardcore Legacy!

Abdullah the Butcher vs. Louie Ramos

Jerry Lynn vs. Steve Corino vs. Justin Credible vs. Homicide

Plus: An appearance from Tammy Lynn Sytch!

Or order on MP4 or VOD via Pro Wrestling Library *HERE*