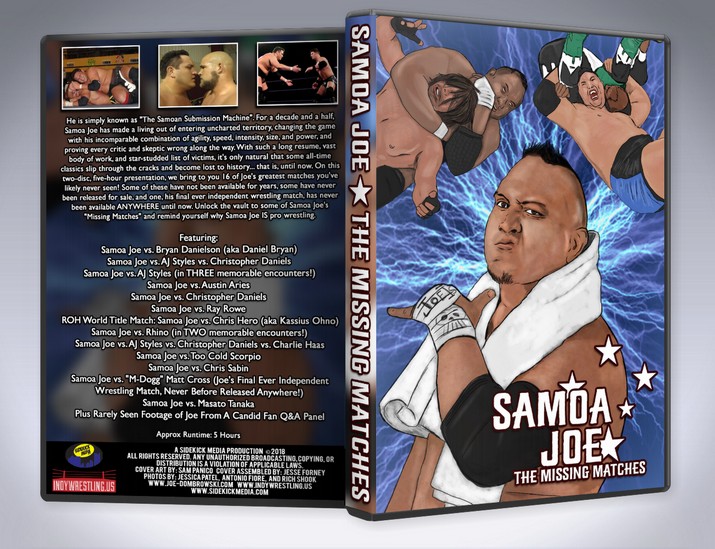 He is simply known as “The Samoan Submission Machine”. For a decade and a half, Samoa Joe has made a living out of entering uncharted territory, changing the game with his incomparable combination of agility, speed, intensity, size, and power, and proving every critic and skeptic wrong along the way. With such a long resume, vast body of work, and star-studded list of victims, it’s only natural that some all-time classics slip through the cracks and become lost to history… that is, until now. On this two-disc, five-hour presentation, we bring to you 16 of Joe’s greatest matches you’ve likely never seen! Some of these have not been available for years, some have never been released for sale, and one, his final ever independent wrestling match, has never been available ANYWHERE until now. Unlock the vault to some of Samoa Joe’s “Missing Matches” and remind yourself why Samoa Joe IS pro wrestling.

Samoa Joe vs. Too Cold Scorpio