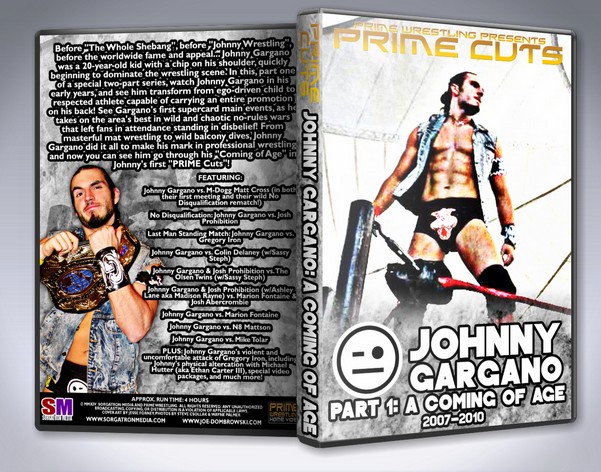 Before “The Whole Shebang”, before “Johnny Wrestling”, before the worldwide fame and appeal… Johnny Gargano was a 20-year-old kid with a chip on his shoulder, quickly beginning to dominate the wrestling scene. In this, part one of a special two-part series, watch Johnny Gargano in his early years, and see him transform from ego-driven child to respected athlete capable of carrying an entire promotion on his back! See Gargano’s first supercard main events, as he takes on the area’s best in wild and chaotic no-rules wars that left fans in attendance standing in disbelief! From masterful mat wrestling to wild balcony dives, Johnny Gargano did it all to make his mark in professional wrestling, and now you can see him go through his “Coming of Age” in Johnny’s first “PRIME Cuts”!