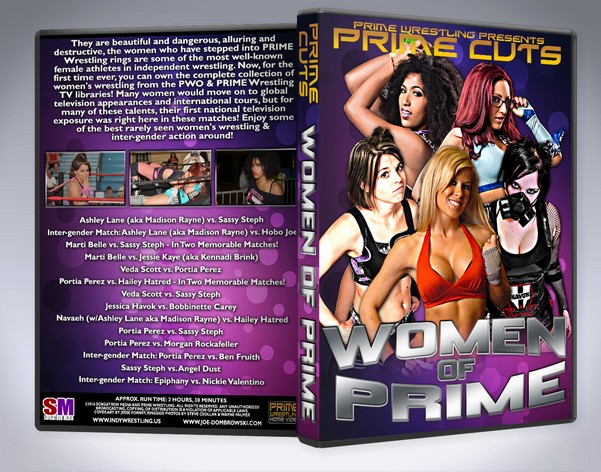 They are beautiful and dangerous, alluring and destructive, the women who have stepped into PRIME Wrestling rings are some of the most well-known female athletes in independent wrestling. Now, for the first time ever, you can own the complete collection of women’s wrestling from the PWO & PRIME Wrestling TV libraries! Many women would move on to global television appearances and international tours, but for many of these talents, their first national television exposure was right here in these matches! Enjoy some of the best rarely seen women’s wrestling & inter-gender action around!